The Journey from Nest to Sea

Set foot on Miavana’s protected shores around March and April and you’ll have the chance of encountering hundreds of baby turtles flip flopping their way down the beach. As they scurry toward the gently lapping waves, they must navigate the many challenges on their journey from nest to sea.

Predation, poaching, coastal erosion and light distraction all pose a threat to their long-term survival. Added to this are habitat destruction and increasing plastic pollution that are leading to population declines around the world. 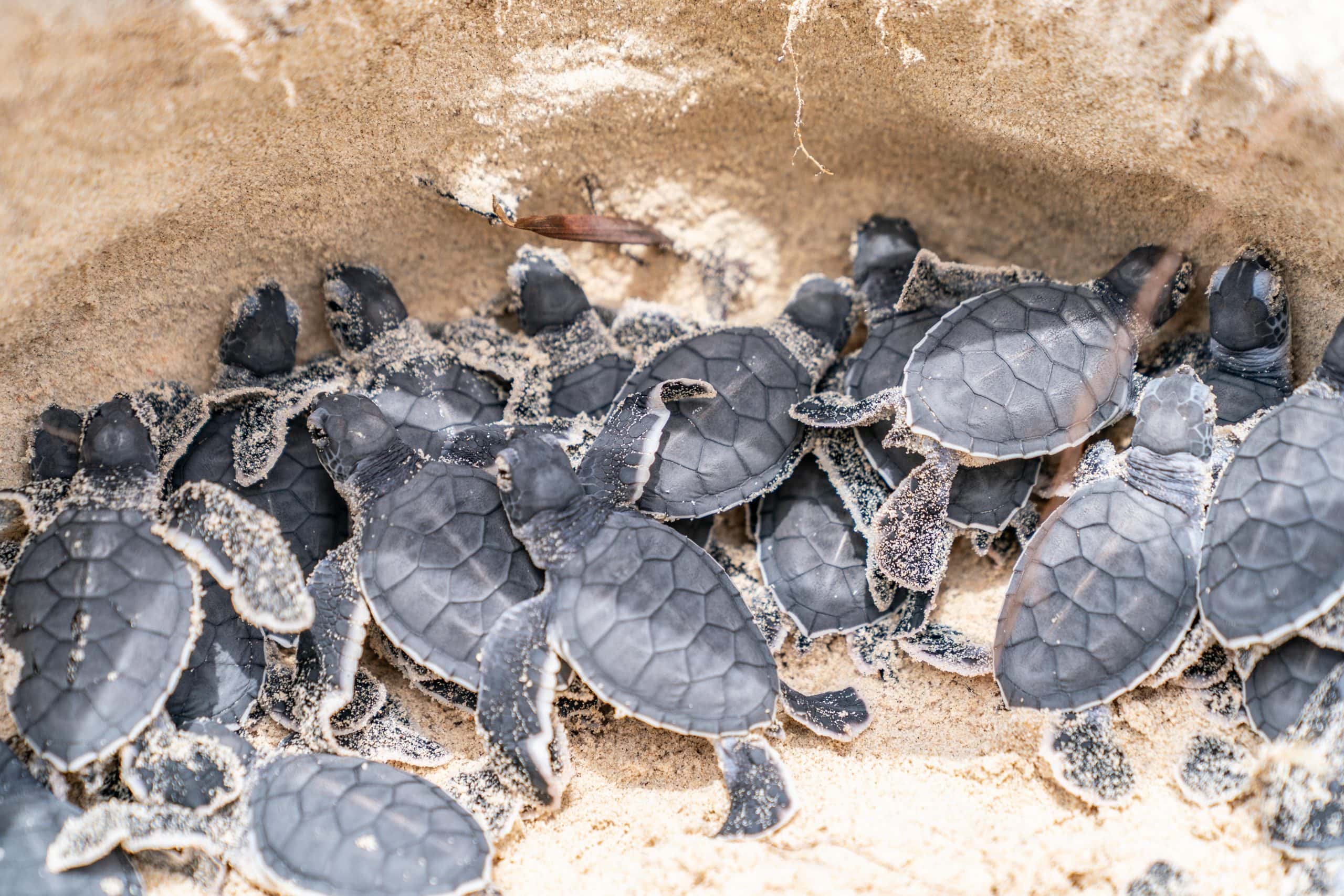 In Madagascar, Miavana by Time + Tide is one of the rare places where several species of sea turtles nest in safety, including the critically-endangered Hawksbill turtle, Green turtle and Olive Ridley turtle. The success of incubation is vitally important in guaranteeing the renewal of turtle populations.

At Miavana by Time + Tide, the Environment team walk the beaches daily to survey nesting activity, noting the tracks of nesting females, emergences of young turtles and nest locations – often directly in front of the villas and along the main area. 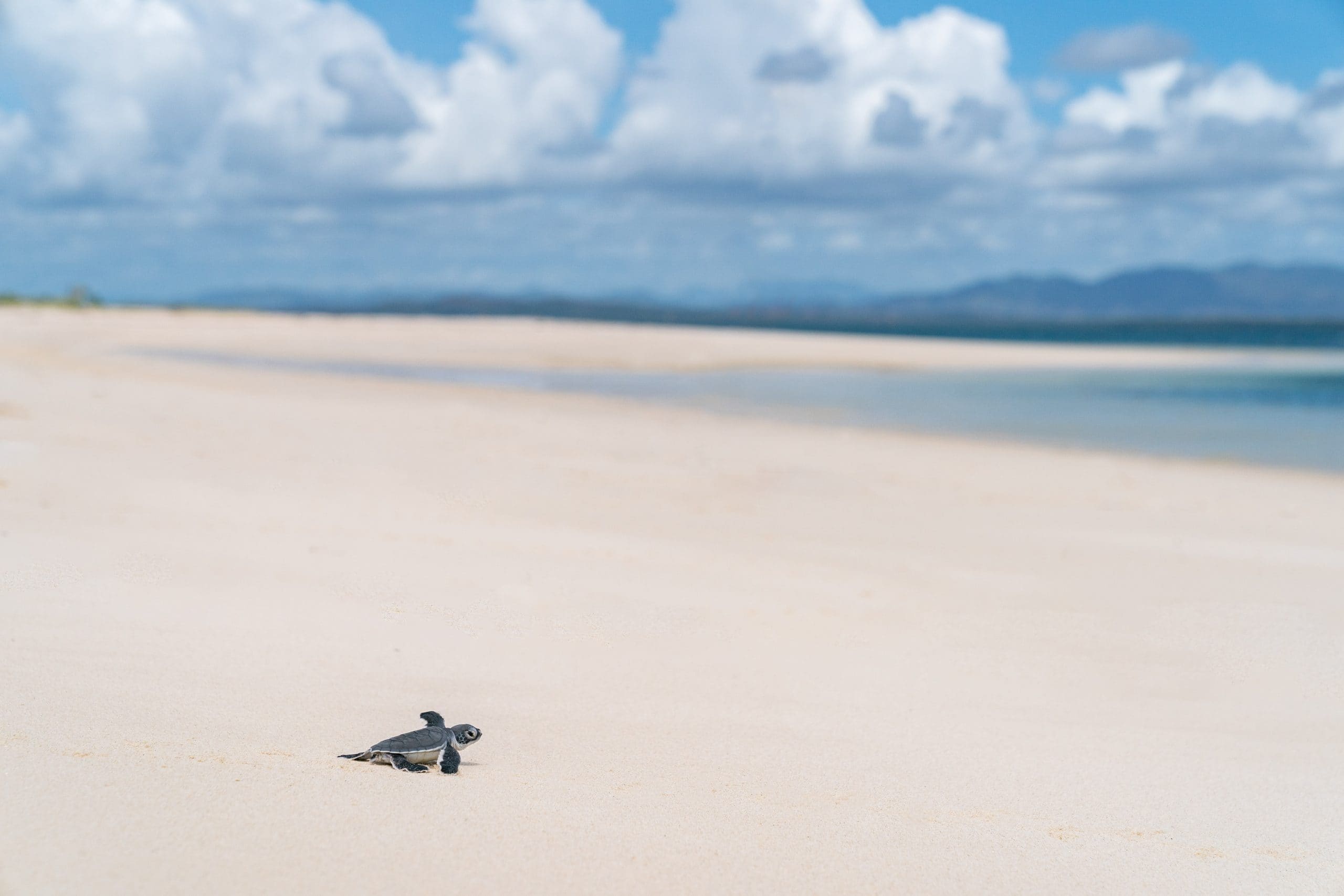 Each clutch will contain between 85 – 200 eggs, depending on the age of the mother that laid them. Each mother can lay between 3 – 5 clutches per year, often returning to the same beach that she herself hatched from years ago. The data collected by the team is recorded in a regional database to monitor the evolution of sea turtle conservation in the South West Indian Ocean.

You are invited to join the team on one of their monitoring walks where you can learn first-hand about turtle conservation in the Nosy Ankao Archipelago. Habitat protection and turtle research on Miavana is proudly supported by the Time + Tide Foundation. 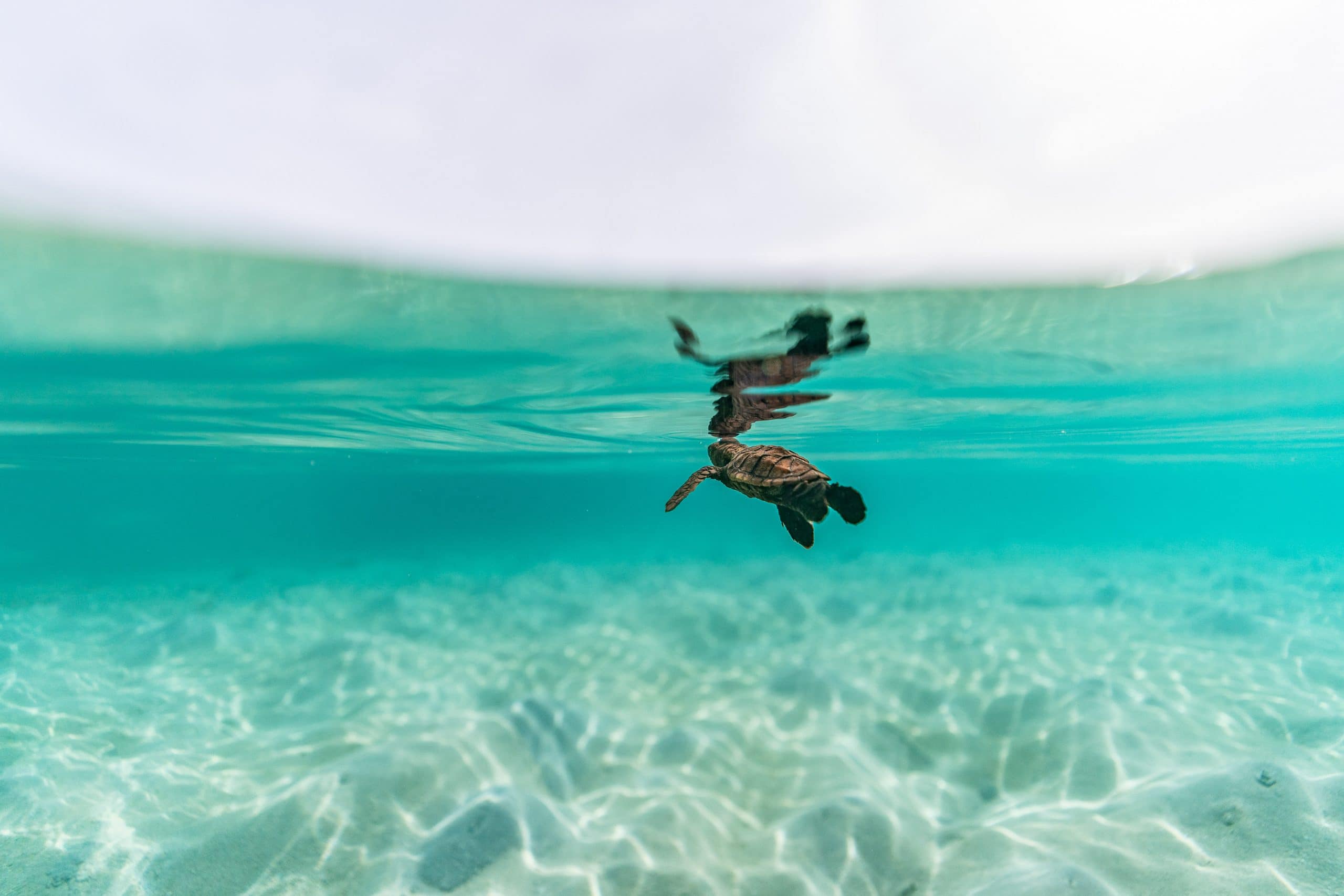 Come let us show you …
Book your own island adventure with us
travel@timeandtideafrica.com
or contact your current Time + Tide travel designer

Ready to plan your trip?

Make an enquiry and one of our expert travel designers will get in touch within 24 hours to tailor make your dream holiday.

There is nowhere in the world like Miavana, there is no luxury, no beauty, no tranquility, no thrill to equal this blue haven.

Discover our exclusive offers for every occasion.

View our selection of sea and safari tours.

We spent five days at Miavana. The place is just out of this world! I cannot find words to qualify it. The hotel is so so so great the island is THE MOST BEAUTIFUL PLACE I know! That staff are very helpful and effective. The food is amazing!

Extraordinary staff, very relaxing with beautiful scenery. Well after a few hours a wave of peace floated in and for the next few days we were in heaven.

Breathtakingly beautiful and indescribably luxurious. Cannot fault or complain about absolutely anything. The staff, the food, the beautiful accommodation creates paradise within paradise. This is a one of a kind place that will exceed your highest expectations!

My week long stay at Miavana was unparalleled in almost every aspect of luxury. Defining luxury not only in terms of great quality and exclusivity, but in terms of craftsmanship, consciousness and a unique enriching experience. The richness of the culture set the context for such unique environment, and is the pillar of every impressive distinguishing feature of the resort.

Miavana will exceed your expectations. We traveled to Miavana for a week in early December 2018 and had an incredible experience. The weather was perfect, the staff was attentive and there was enough activities on offer to keep us busy (honestly we could have stayed an extra week). The island is also home to a group of crowned lemurs which were amazing to see. I got my PADI open water scuba certification during our stay and the coral at the dive sites was incredible!

Inspiration from the Island

There’s an underwater world on your doorstep at

Enjoy reading our latest journal entry where we di

Ease of access to Miavana has become even simpler